There is also a load-out facility to support bulk deliveries to farms, businesses and civil construction projects.

The Charlton site was opened this morning with a country morning tea and barbecue to coincide with Toowoomba FarmFest, officiated by Mayor Paul Antonio.

Members of the local and regional communities were treated to an “old time” country morning tea and barbecue, which had food, prizes and giveaways.

The Heart of Australia semi-trailer and LifeFlight helicopter, both proudly sponsored by IOR Petroleum, were also featured at the event. 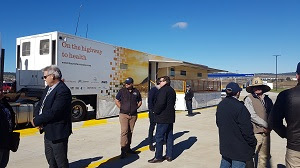 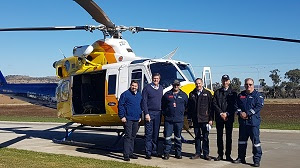 The Charlton site marks a key location for freight and logistics connectivity on the Warrego Highway alongside major developments, including Wellcamp Airport, the Toowoomba Enterprise Hub and the proposed Inland Rail route.

IOR Petroleum Managing Director Stewart Morland said the diesel stop was integral to connecting the extensive IOR network to Brisbane, the Western Downs and beyond.

“Located on the gateway to the Toowoomba Enterprise Hub, the Charlton site complements one of the most significant transport, logistics and business regions of growth in Australia,” Mr Morland said.

“Given the 24/7 nature of businesses in the area, this site provides 24-hour services around the clock.”